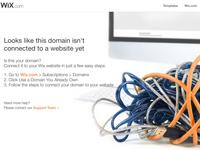 Robert Allen Fahey, M.Ed., Ph.D., was born in Cambridge, Massachusetts, and was raised a Catholic. Early in life, he could see and hear spirits, predict future events, had dreams of prophecy, and given warnings to be careful of his talent and experiences, as they had more to do with the unexplained. To help him grow up psychic, his mother nurtured his ability by playing 20-questions on a game Ouija board. To deter labels of being different, he learned to keep his ability a secret by listening to his spirit guides who lead him to study hypnosis and self-hypnosis. Practicing hypnosis and self-hypnosis lead to an interest and study of music and humor through ventriloquism, which eventually would become perfect ways to keep hidden from others his intuition, psychic, and mediumship abilities. By age nine, he sensed a heightened strangeness as he realized a keen sense to reading the thoughts and presence of others including those in spirit. Several years later, he came to see the future era of global spirituality, and the metaphysician within emerged. Like many other mediums, no school or training could prepare him for his future work, as his ability to communicate with those in the afterlife emerged out of his own self-guidance, and willingness to learn and understand his life’s mission better so he could best help those guided to him for spiritual help and support. Dr. Fahey graduated from Woburn High School and then moved on to studies that would show him how to help people succeed. He focused on specializing in education, counseling, and alternative health care and graduated from Cambridge College earning a Master’s in Education with a major in Counseling Psychology. Later, he earned doctorates in Clinical Nutrition and Naturopathy. Dr. Fahey earned a doctorate (Ph.D.) in Education with a specialization in Business Management, Leadership, Training and Human Performance Improvement from Capella University in March 2007. He earned his second Master's in English Language, Leaning, and Teaching from Capella University in 2018. After nearly three decades working in private practice as a counselor and personal and business wellness life coach in Quincy, Massachusetts, Dr. Fahey moved to the island of Maui, Hawaii, and began studies in Hawaiian spirits, naturology, natural life energies, and to openly show and tell others about his talents. Nearly a decade later, the voice of his soul told him it was time to return to New England, and then he moved to Southwest Florida. Eleven years later he moved back to New England only to move again to the West Palm Beach area of Florida where he now lives full-time.