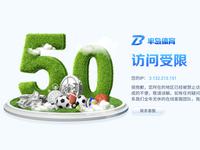 Dwayne is a Psychic Medium and Reiki Master Teacher who works as a Psychic Investigator to Law Enforcement worldwide solving missing persons and homicide cases. Dwayne also has gifts as an Animal Communicator and is Certified as an Angel Card Reader, Realm Reader, Archangel Life Coach and Assertiveness Coach. During readings, Dwayne uses a multi-faceted approach to divine the essential information and share it with you.

Dwayne Brock is a Reiki Master Teacher, Crystal Healer, Psychic/Medium and actively studies Shamanism. Dwayne loves working with Vogel Crystals and doing Reiki. Dwayne is certified through Doreen Virtue as an Angel Card Reader, an Angel Realm Reader and a Certified Assertiveness Coach. Dwayne also is certified by Charles Virtue as an Archangel Life Coach and he also does Past Life Readings.

Dwayne was Ordained as a Healing Minister with the World Reiki Ministry & the Universal Life Church. As an Ordained Minister, Dwayne has been able to help people cross over into Heaven with the use of Reiki and his psychic abilities. Those Dwayne has helped cross over, went very peacefully which makes him feel good about the work he does. Dwayne really enjoys helping other people and he takes pride in the work he does.

In order to develop Dwayne psychic abilities, He has studied with Lisa Williams, James Van Praagh and Doreen Virtue to name a few. All of these individuals are extremely gifted in their abilities and Dwayne is eternally grateful to have had the opportunities to study with them.

In May of 2010, Dwayne joined a group of psychics from around the world who use their special abilities and talents to locate missing persons and solve cold cases. The group is called Find Me and donates all of its resources free of charge to families who request their help. Dwayne finds the work he does with this group very rewarding and he is honored to be a part of it.

Dwayne has a background in Law Enforcement and Locksmithing. As the son of a Police Officer, law enforcement was a natural career choice for him. Dwayne is a retired University Police & Campus Security Captain. His experiences in these two fields, as well as his psychic abilities, have helped him immensely when solving cases through Find Me.

Dwayne has developed a passion for Native American Flutes and now owns 15. He was able to teach myself how to play in just 2 hours and has been blessed by the music ever since.

Dwayne has also developed a passion for Drums and Drumming and has several Freestyle African Djembe drums, a set of Djun Djun drums and a Native American Shaman Drum and a Meinl Turbo Slap Top Cajon. Dwayne enjoys going to drumming circles and using drums for Sound Healing.

Dwayne has been featured on numerous Radio Shows.

Dwayne is also featured in the book," They Are Not Yet Lost " " True Cases Of Psychic Detecting " by Dan Baldwin